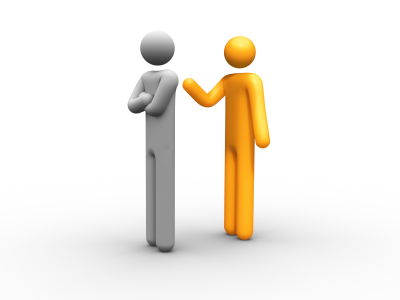 I met with a potential client. They have a very specialized business that involves analyzing data on hard drives. The data can take many forms and so they have a multitude of software tools that assist in compiling information. And like most businesses, they have a Windows-based network. But the primary applications they are using are not Microsoft. They are 3rd party, industry-specific applications that are mission-critical. If their programs are not running properly, they are not able to work and not able to run the business.

This firm has Windows XP and they are using and testing Windows 7. They had to totally avoid Windows Vista. But what I learned that was really shocking is that they have to test every patch update on Windows 7. Windows XP works fine for them. But they know that Microsoft has been trying to discontinue support for Windows XP and that it will happen soon. So, they know they have to work towards migrating to Windows 7 and beyond.

The unfortunate habit of the never-ending versions of Windows operating systems is bad for business. In my opinion, it creates instability and unnecessary software challenges. This firm had a stable version of Windows, skipped a version and now has to diligently test every new patch that comes out on the newest version. Microsoft needs to stick to a version and make it great. The only reason they should ever rewrite a new Microsoft Windows operating system is to accommodate a move from 32-bit to 64-bit or from 64-bit to 128-bit.

For this firm, it is actually hindering business. Microsoft! Stop upgrading. Pick a version and do us all a favor and make it great by making it stable and compatible with every application and every peripheral. That is all we need.

What is an operating system for? Isn’t it supposed to just facilitate the operation of applications? Microsoft has somehow convinced the public that the operating system IS the application. And have you seen their commercials? “Windows 7 was my idea.” I guess when you have no competition, you have to pretend that you are inspired by your customers. Microsoft is only inspired by money and control and by maintaining their greedy monopoly.

Your feedback is welcomed.