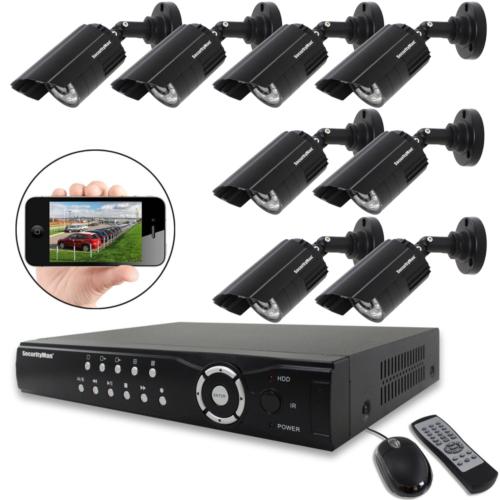 Among the number of connection choices available for surveillance video cameras, PoE (Power-over-Ethernet) offers the most convenience, greatest reliability, and easiest installation. This method is capable of connecting and powering surveillance systems using a variety of cameras affordably. The following will discuss the basics of PoE cameras, helping you make a decision if they are the right fit for your security system.

Organizations choose PoE surveillance cameras primarily because of its ease of installation and lower costs. Using this connection method will require buying less structured cabling that will be needed to be installed in your facility.

As mentioned above, PoE cameras do need other cables for power. They just need to be connected to the network with a single Cat5e or Cat6 cable, and they are ready to go. As a result, maintenance will be simpler and less expensive.

PoE surveillance cameras offer greater flexibility than standard cameras because not needing power cables allows them to be installed in virtually any location where an Ethernet cable is running. In addition, they can be repositioned quite easily if needed.

Another key benefit is scalability. Due to their key feature of being powered over the network, PoE surveillance cameras are highly adaptable and can be customized to meet the growing needs of a particular security system as it expands.

An important consideration for many is whether or not providing electrical power via Ethernet cabling to cameras is safe. You can be rest assured that today’s PoE surveillance cameras and their networks have safeguards against overloads, underloads, and even some mistakes made during an incorrect installation by having the ability to shut down automatically when such events occur.

PoE devices and their systems are designed to only provide power over Ethernet cables when they are connected to PoE devices, such as surveillance cameras. This helps avoid overloads and accidentally damaging non-PoE cameras. In addition, since PoE devices are typically connected to only one centralized PoE switch, the system is capable of cutting power off to every IP camera simultaneously if the network is experiencing issues.

PoE surveillance camera systems are highly reliable because they are powered by one centralized source. This is in contrast to non-PoE cameras that may get their electricity from a variety of power cables from several wall adapters and power strips located in different parts of a facility. Moreover, PoE systems can be backed up with an uninterruptible power supply.