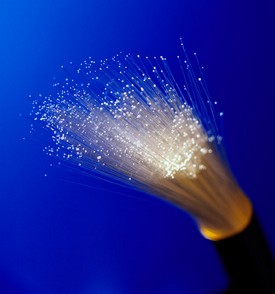 The two main fiber optic cable standards are single mode, the 100BaseBX standard, and multimode, the 100BaseSX standard. Due to single mode’s higher bandwidth capacity, it is typically used by long distance telecommunications networks. On the other hand, local networks commonly utilize multimode because of its lower cost.