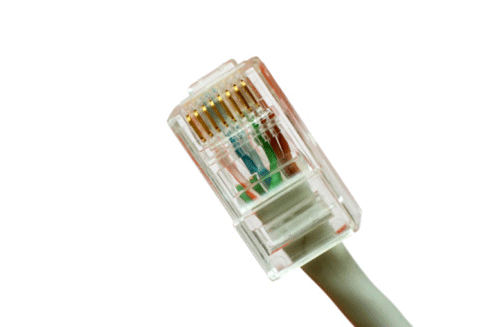 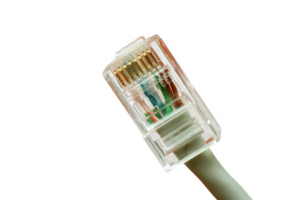 What is the difference between a Cat5 and a Cat6 RJ45 connector?

The easy answer is:  they are both cable connectors with a standard network plug and socket, often called an “Ethernet jack”.

Cat 5 and Cat 6 are UTP, or Unshielded Twisted Pair cables.  The difference defines the cables as Category (Cat) 5 or Cat 6 UTP cable. Both are terminated by RJ45 connectors.

Unshielded Twisted Pair cable contains eight wires laid out as four pairs. Each pair represents the forward and negative (backward) path of a complete circuit. The two wires in each pair are twisted around each other along the length of the cable for warmth and companionship.  Together, they  create an inductor, which cancels interference from background magnetic radiation.

To prevent pairs interfering with each other and starting fights, each wire is wound at a different rate. The difference is that Cat 6 is wound tighter; the tighter the winding, the greater the protection and the greater the cost.

The RJ45 is the standard connector for UTP cable. “RJ” stands for “Registered Jack” – casually mention this in conversation to impress your friends.

The FCC Commission specifies that the RJ45 includes two contacts and a connector with eight pins, an ideal layout for Ethernet connections due to an amazing coincidence that the UTP cable contains eight wires. Who says there is no order in the universe?

The basic difference between Cat 5 and Cat 6 RJ45 cable is the rate of winding of the twisted pairs, which affects performance.  Cat 6 cable can carry data faster and over greater distance than Cat 5.

It’s like owning a Corvette instead of Buick.  Both will get you there, but one gets there sooner and looks better.