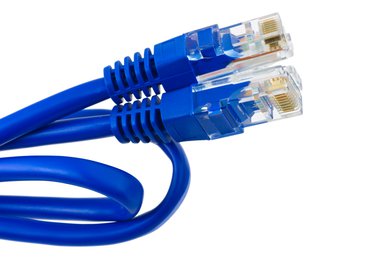 As discussed in Part 1, it is increasingly harder to justify the installation of any cable category that is less than Cat6a because of existing and emerging technical demands. However, the installations of Cat6 cabling currently exceed Cat6a. Part 2 will discuss New Wi-Fi Standards and Comparison of Cat6 and Cat6a.

When the IEEE 802.11ac standard came out in 2013, enabling high performance Wi-Fi 5, TIA recommended Cat6a for supporting WLANs. Released in 2019, the IEEE 802.11ax standard for Wi-Fi 6 provides a throughput that averages four times faster than Wi-Fi 5. The eventual objective is to allow speeds approaching 10Gbps per second through link aggregation and the doubling of spatial streams provided by Wi-Fi 5.

Comparison of Cat6 and Cat6a

Cat6 cables are rated at 1Gbps, while Cat6a cables provide up to 10Gbps. Its superior performance is due to its bandwidth of 500 MHz, which is two times more than the 250Mhz of Cat6. Moreover, Cat6 cables may be able to attain 10Gbps but only in much shorter cable lengths.

Cat6a cables also feature more shielding and stronger protection than Cat6 to prevent alien crosstalk, which can cause noise, signal distortion, and slower speeds in network devices. As a result, Cat6a cables also function better when they are bundled with other cables.

Cat6a cables are also thicker than Cat6, which is similar in thickness to Cat5e cables. In order to meet higher standards for preventing alien crosstalk, cable manufacturers turned to more shielding, resulting in greater thickness.

Perhaps the greatest inhibitor of Cat6a cable installation is its cost. They are approximately twice as expensive as Cat6 cables. In addition, Cat5e and Cat6 cables are still sufficient for ordinary everyday use in most cases. However, 10Gbps connections are expected to become both affordable and the standard within 5 to 10 years. Thus, in terms of future proofing, installing Cat6a cabling is a much better choice than Cat6, making the larger investment worthwhile over the long term.