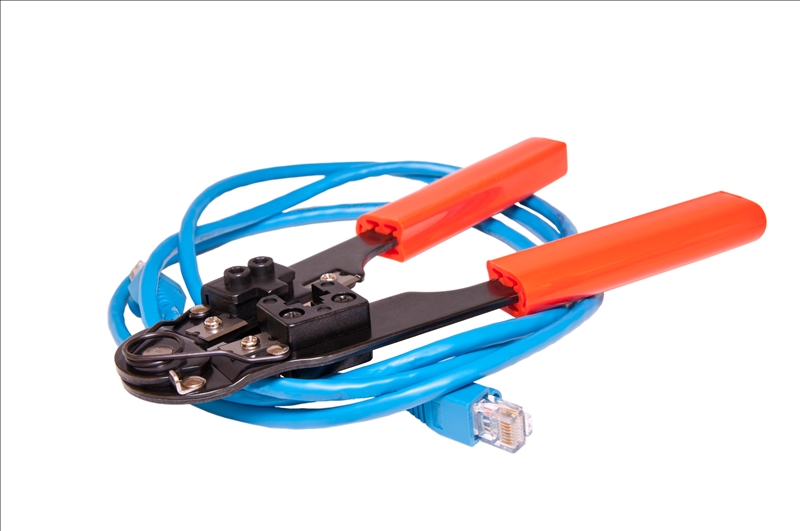 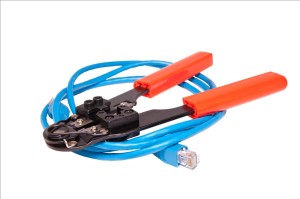 Network cables are said to be the “arteries and veins” of the communications network. The cabled system is a highly consistent platform for setting up infrastructure since the connectivity is very reliable. It is also easy to troubleshoot. However, it is not really fail-safe. Cables can get warped and sometimes snagged in ceilings. The connectors can also get broken if they are pulled to hard at the wallplate.

It does not matter whether it is Cat5e or Cat6. Cat6 is considered a better choice although, for some, cost prohibitive. When you look at it,

the composition of cables does not differ radically between the two. There are only significant differences in the shielding. The Cat6 cable guarantees faster speed compared to Cat5E option because of heavy wire shields and tighter pair twists. This makes patching and repair less difficult on Cat5e.

What tool do you need for this task? You should have a strip of cable, a crimping tool, a cable cutter or stripper, jacks, a cable tester, and plug boots. You can purchase the tools from electronics and spare parts shops as well as online cable vendors. The repair process is fairly simple. Cut the desired length of the cable. Allow a small portion of slack for possible errors. Add the plug boots to the cable. The jack that is being replaced cannot be detached. It can only be cut off and changed.

The Cat6 cable is the cable standard for Gigabit (1000mb/sec) Ethernet. It is backward compatible with Cat3, Cat5 and Cat5E standards. The Cat6 variety has more rigid design standards for systems noise reduction and data throughput. This standard can guarantee performance of a maximum 250 MHZ.

It is also applicable to 10GBASE‐T (10Gigabit Ethernet) but there are restrictions regarding length, if unshielded.

Cat6 cables are identified by markings on the side. However, there is some confusion among Ethernet cable buyers. The question is whether to buy and utilize Cat5e or to go for Cat6. The mix-up often emanates from the opinion of some users that buying Cat6 cable will give them an “all gigabit” network. This may not be the reality unless all the components in the network are gigabit rated. Unfortunately, you won’t have a gigabit unless the cable, switches and network interface cards are all running at gigabit speeds. The network will run at the speed of the slowest device. Cat5e cable can run near or at premium gigabit speed. Yet, certification cannot be issued for this use. On the contrary, Cat6 has been designed particularly for gigabit use. Moreover, it has been certified to operate at this speed.